On the vanishing of ecologies: Latour and global destinies imagined from Brazil 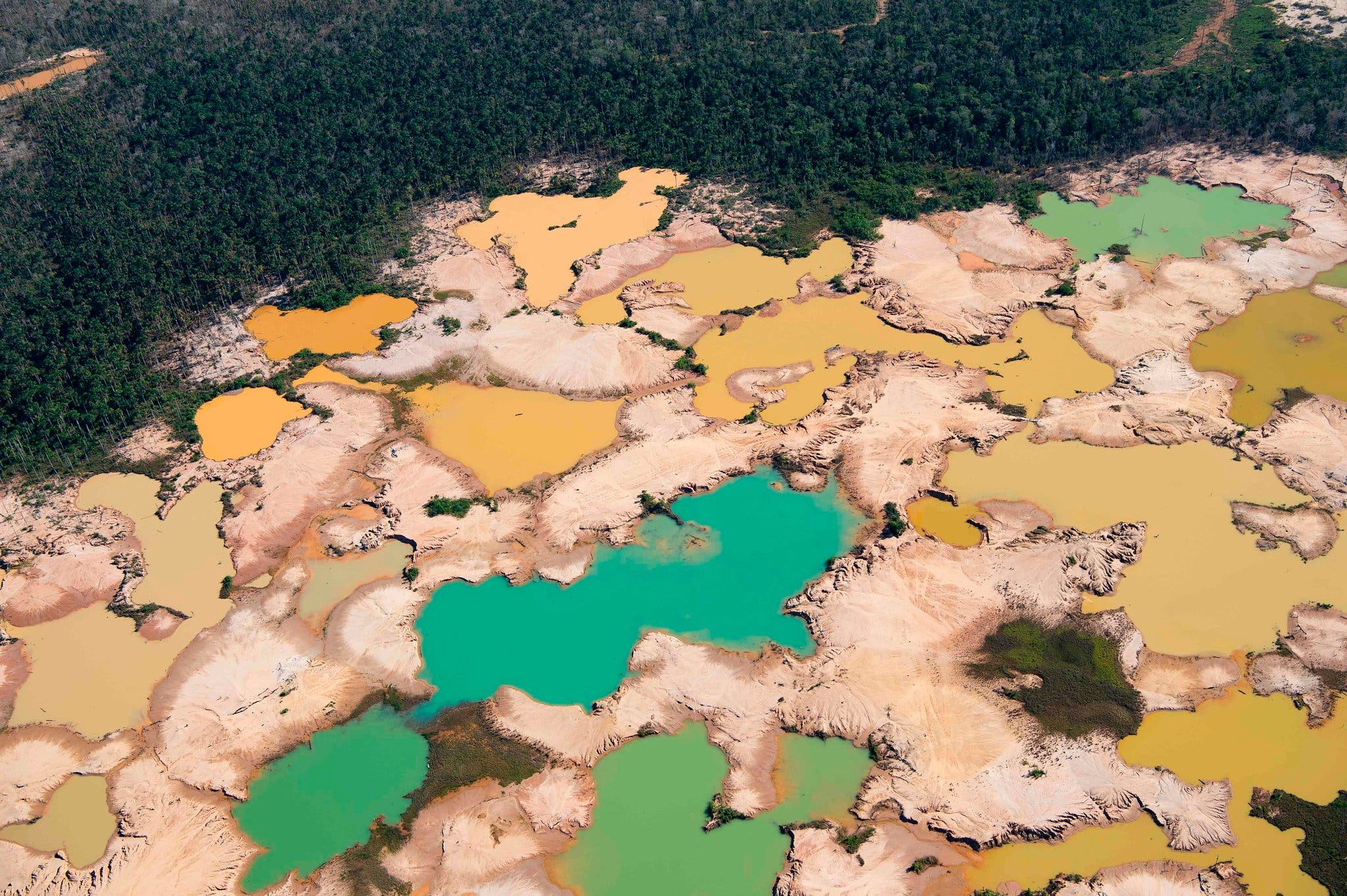 When a crucial figure to the worldly ecological practices such as Bruno Latour disappears, it may be a signal that ecologies are also disappearing a little. This partial vanishing of ecological resistances is especially felt in Brazil, a country haunted by the near possibility of a second presidential mandate of the Bolsonaro’s militia/family.

I would not like to, and will not, though, make an obituary of this text; neither am I willing to sketch a short piece collecting the thousand reasons why we in Brazil - and moreover worldwide - should feel that we are all doomed.

Otherwise, I recall that Baruch Spinoza rightly wrote that “A free man thinks of nothing less than of death; and his wisdom is a meditation not on death but on life.” If so, someone’s disappearance always points toward the necessity of a collective effort for relaunching the potency of what Gilles Deleuze, at the threshold of his own disappearance, once called a life…

On the other hand, the emergence of neo-fascisms here and there all over the globe calls for a reassembling of collective thinking, feeling and acting towards this meditation on life in-between the death sentences organized by the current power's imagination. The recent Giorgia Melloni’s election in Italy was nothing but the last - and most probably, not the least - push coming from this ferocious wave, tearing everything down around the globe.

One may be asking by now what links Latour’s disappearance with Brazil’s neo-fascism? The answer might lie in the fact that the crossing-over of these two events may help diagnose the danger we are currently in, as well as avoid the mistake of imagining that “what is left” of left-wing parties in Brazil still embodies a genuine political alternative to bolsonarism. It does not, and there is no news (either good or bad) in saying that.

While we struggle with the metaphysical dualisms of all-set political imagination in the will to stress the insistence of progressive social forces, the far-right literally gains terrain and dissolves every center and left-wings remaining alternatives. Realizing it just shifts the domain where the struggles must situate themselves from now on; and even if the struggles may pass through Brasilia, most certainly they do not rest confined to Brazil’s apparent center of political power, for they are everywhere dispersed, just waiting for ecologies to transversely assemble them.

Brazil is facing the possible re-election of a President whose Administration was responsible for 11% of the global covid-related deaths, when Brazil responds for no more than 3% of the global population (Rede Brasil Atual, 2020) [1]. It is crucial to recall that most of those victims were poor, black, brown, and indigenous people living in every part of the Brazilian territory. As if this amount of tragedy was not sufficient, Bolsonaro’s Administration is also responsible for a 56,6% increase in Brazilian Amazon rainforest deforestation since his government began in 2019 (IPAM, 2022) [2].

Surprisingly or not, as I type these words, I read online that voting polls have just diagnosed an increase in the intentions of Brazilian voters for Bolsonaro, precisely in the areas of augmenting deforestation (Folha de São Paulo, 2022) [3]. How can we understand the conundrum we are all in?

All of that represents no more than two life-menacing local threads linked to the global circulation of flows of information and affects, defining a much more concerning crisis than that one Brazil’s social and political landscape seems to embody with precedence.

What this scenario can make it clearer for everyone is that Brazil’s election accounts for the vanishing of ecologies in a double sense, both regarding life. The first one, concerns the obvious tearing apart of Amazon rainforest, and with it, its bio, social and ethnodiversity. It regards life and its modes, life in the movement of extending transversal lines between land, plants, animals, humans and non-humans, the varying array of usages and techniques, as well as multiple ways of being, doing and relating with one another. When miners or wood extraction industries make a move to kill the Forest, they are vanishing with all the possible ecologies embedded in it.

The second concerns a crisis of subjectivity which is underlined by the more broadened crisis of ecologies. This crisis is fed-back by the disappearing of life, heterogeneous social fields and ethnodiversities, and feed-forward the urban and rural areas with the subjective components and flows of beliefs allowing the deforestation to go unceasingly on.

This crisis seems to have a particular character, though. It is marked by a conundrum that links freedom and death, in which freedom is expressed and experienced in a fascist way of living - a way that is sustained by the exercise of a power of unequally and broadly distributing death around oneself. Bolsonaro’s assassin obsession with arming the civil population is a perfect metonymy for that. This kind of power works everywhere, drilling from the cities to the Forests, as well as the rural areas dynamised by agro-industrial technologies and pesticides poisoning the soils and the waters underneath.

The social networks work as one of the logistical modals intensifying the viralization of neofascist components of subjectivity. They are also the stage for the mimic-battle of fascists against supposed progressive social forces. It is not a battle of people, and it is less a civil war. What takes place everywhere is a molecular war, where flows of subjectivity, belief and affect - incapable of creating constructive and collective alternatives - confront each other with a variable intensity of political violence, and reassemble their resented sensitivity around catalyzing leaders.

The conundrum is that the molecular online war effectively makes something. It casts a paradoxical (anti)ecology of concepts and subjectivities that neutralizes and restrain the deployment of ecologies of the environment. And, at least in Brazil, it works everywhere. I am not saying that online social media determine anything. What I am saying is that it is a privileged mixed-semiotic terrain where ecologies and subjectivity couples, composing and decomposing themselves.

The neo-fascist is one plural, mutant and malleable kind of catching-phrase of subjectivities, prepared and intensified online, that is able to produce real and governmental effects. I recall that in the worst period of the pandemics, Bolsonaro’s discourses against vaccines coupled with the proliferation of WhatsApp and Telegram negationist groups, gaining terrain in the social field and giving rise to Anti Vax movements in Brazil - a country globally known for its historically successful vaccination policies.

Everything, even the Brazilian “what-is-left” of the left-wing, make it sound as if we must face a social and political landscape ever-already imprisoned by far right-wing axioms. In Brazil, agribusiness and extractive industries became the model for making capital and surplus for the State's finances and shareholders. Its predominance leaves the impression that there are less and less political spaces akin to what Bruno Latour would call, and advocate for, a Parliament of Things.

Family and Christian-related religions are engulfing every other possibility of belief, and dissolving the modern frontiers between the theological and the epistemic domains. It does not mean, as a certain Italian philosopher would say, that Medicine or the Sciences have become a new secular religion. What happens is precisely the opposite: religion is dissolving the sciences in a post-modern and pseudo-democratic way Bruno Latour has never imagined, desired or vouched for.

The vanishing of ecologies is getting us to constitute an increasingly more Moralist Parliament of Men and Women (not rare, both of them white, heterosexual, christian-alike and conservative-family-morals-alike) deciding on commodities over life; on deforestation of modes of being and living over what the Brazilian thinker Barbara Szaniecki (2020; 2022) [4] has been calling the “Forestation” of urban spaces, rural areas, forests and, I would add along with Félix Guattari, concepts and subjectivity.

Directing beliefs to the Skies under the form of Christian Faith casts the religious dimension of the ecological conundrum of subjective fluxes we are facing. It calls us to reopen Faith towards the world; to redirect social fluxes of belief and creation down-to-the-Earth, such as the religions of African origin tend to do. Along with, we may try to redirect those subjective fluxes toward the ecologies of openings merged into Amerindian cosmologies. They fabulate a world that already works like a Parliament of Things, in which ecology, human and nonhuman beings take place and are let be.

Our real dilemma is not that there are no progressive alternatives awaiting for a political subjectivity to appear and inscribe itself in it. Our dilemma consists in the lack of positing a consistent ecology of the environment, the subjectivity and the concepts, capable of disassembling death and freedom from the ecumenism of the far-right.

Our challenge is not limited to stopping the vanishing of ecologies, all over the globe, but to produce the vanishing of the particular ecology of destruction that today answers by the name of the far-right. As counterintuitive as it may sound, we will fail  if we don’t start regaining our own terrain, and relearning how to grow our own ecologies. That is, reassembling freedom and death by ourselves and down-to-the-Earth, in terms of a life… 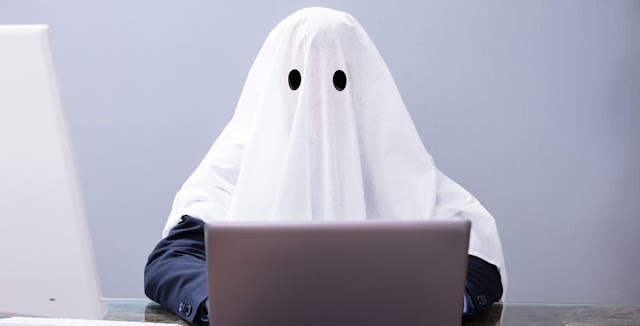